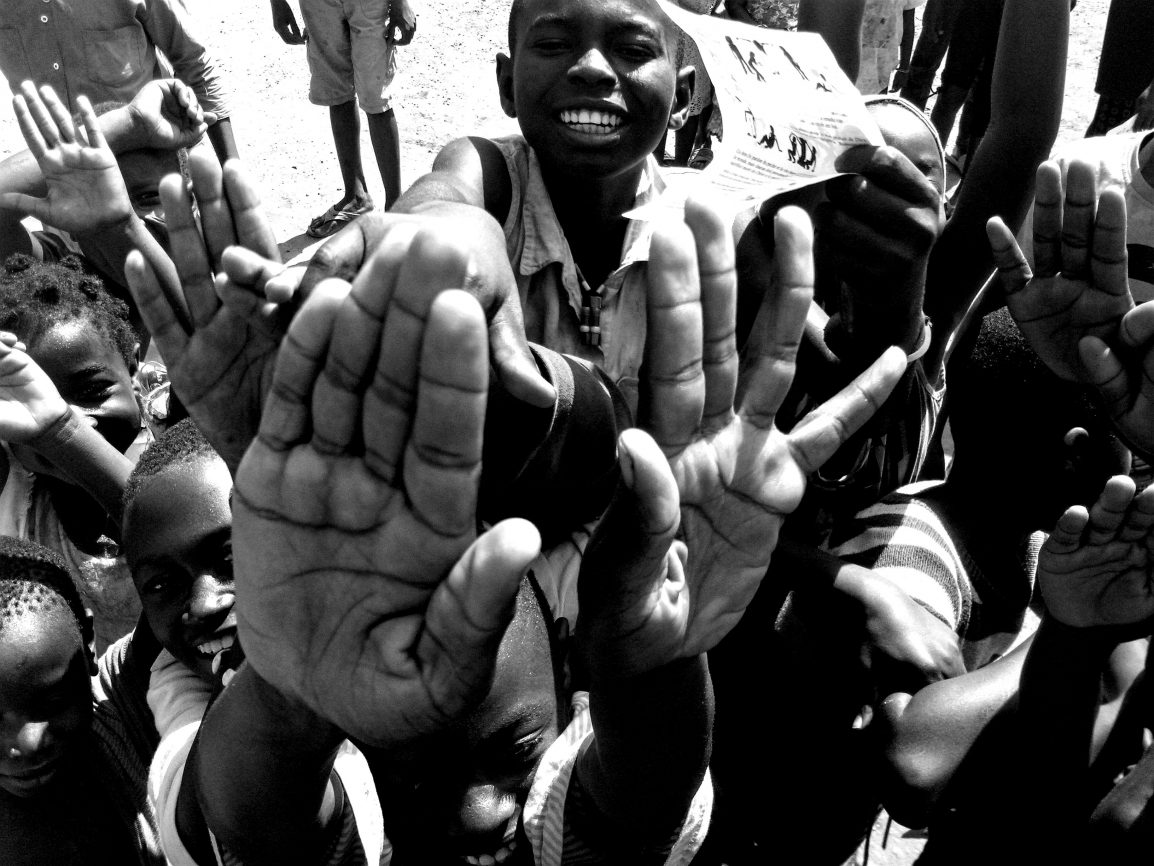 Wow!  We had literally hundreds of people praying for this trip, and it was so evident.  The Baka are beautiful people, but very marginalized by the surrounding Bantu tribes who are physically bigger and generally more educated.  Abuse of alcohol and a pain killer called tramal are widespread issues which contribute to poverty and other problems like domestic violence.  A culture of fear is also pervasive stemming from the traditional animistic beliefs and practices as well as the very real presence illness and death touching many lives.  The need for the love of Jesus and light of the gospel is so evident!  Many of the Baka we talked to said things like, “We’re not living well” or “I don’t want to keep drinking and doing bad things but I don’t know how to stop.”  We were privileged to pray with and for many people, some who were Christians that had fallen back into bad habits and others who had never made a commitment to Christ before.

I’m sure the kids all have their own stories to tell so feel free to ask them for details, but here’s a summary and some highlights:

Friday:  We left school at lunch, made good time and arrived safely at 5:30.  After settling in and dinner we had a time of worship and prayer together.

Saturday morning: Outreach at Nkolbikon, a Baka village about 30 minutes away.  Nestor, an elder from the church in Mayos shared some of his testimony.  We  had some people express a desire to make a commitment to follow Christ.  There are some believers, but they do not have a church leader who can teach from the Scriptures or lead in gathering people to pray and worship together.    Please pray that God will raise up leaders there.

Saturday after lunch: Outreach just down the road from where the Conrod’s live at Ko’o(sp?!), a Baka camp that also has some people from the Bakoum tribe living in it.  We performed some of our skits and a brother from that place who has been radically changed by Jesus gave his testimony.  We had some good conversations with people and invited them to come to church Sunday.

Saturday late afternoon: Outreach in collaboration with a church in Dimako, a nearby Bakoum town.  We performed in front of the neighborhood chief’s house to a very animated and engaged audience who spontaneously broke into applause, laughter and other various reactions throughout the performances.  Our time to talk and pray with people afterwards was limited, but the church is nearby and can provide follow up.

Saturday night: We returned to Conrod’s for dinner and Nestor’s testimony.  He is an elder at the church in their village who, in the course of a year or so lost his baby, his wife and had his house burn down along with everything inside.  He was left with nothing but the clothes on his back and his Bible. But he is holding firm to the Lord and is such an inspiration!

Sunday morning:  We met with Baka believers in the village of Mayos for church.  Lots of other people from the village were in attendance to watch the dramas.  After the first couple of skits, it started raining.  We did one skit under the roof in the midst of the believers and then a couple out under the rain.  Then we asked Nestor to pray for God to stop the rain, and it did almost immediately!  Again there were some good conversations, but we didn’t have much time afterwards because we needed to get headed back to Yaounde.  Please pray for good follow up and mutual encouragement and love among believers.  Pray that God will bless, strengthen and protect the new and old Baka believers.  They do not yet have a Bible in their language and there are few with solid Bible knowledge and enough French to read and understand it well.

We are so thankful to God and praise Him for His protection and blessing on our trip!  Thanks to you too for the part your prayers played